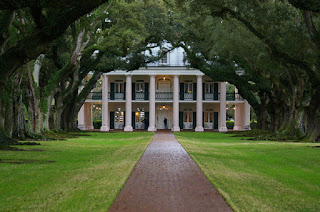 A while back, my wife and I had the pleasure of visiting Oak Alley Plantation, one of the most famous plantations in Louisiana. This home was built in 1839 and was originally named Bon Séjour (pleasant sojourn). But steamboat passengers traveling on the nearby Mississippi River had a different view of the property. Marveling at the quarter-mile avenue of 28 giant, live oaks leading up to the house, they dubbed it “Oak Alley.” It is a short drive from New Orleans and sits along the bank of the Mississippi River. This famous view above is actually from the Mississippi River side. The house was one of the back drops for the movie "Interview With A Vampire" several years ago. Even today, Spanish moss grows and hangs from the live oak trees which were planted early in the 18th Century before the house was built. 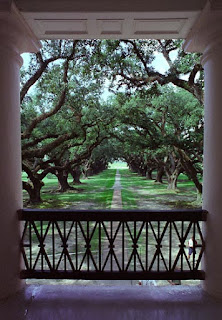 This is the view from the second floor balcony looking back towards the river.  All rooms in the house have high ceilings and large doors and windows that open to surrounding covered porches to aid in air circulation in the hot humid Southern United States. 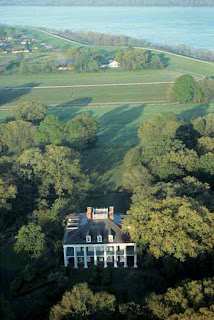 This aerial view is from a photo in magazineusa.com.  It shows the relationship to the Mississippi.  The plaque below shows the status of the residence as a National Historic Landmark. The house is characterized by high ceilings, large windows, a symmetrical facade and interior plan, and a second-floor gallery for viewing purposes. The flooring was made of marble, but has since been removed and replaced by wood floors, the roof is slate, and the house and columns of brick painted white to look like marble. 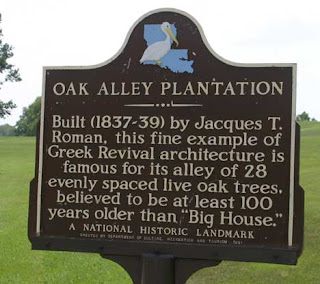 Photography was not allowed inside the house, but I have found a few glimpses into the interior of the house online. 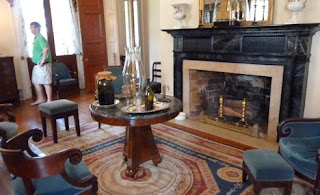 The large object above the dining room table was actually a large fan that would swing back and forth by having one of the slaves stand in the corner and pull on the chord. 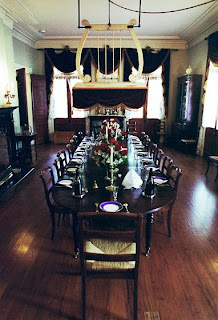 John, at his miniature blog called Merriman Park, is contemplating putting a similar piece in his dining room.   You can check that out by clicking  here. 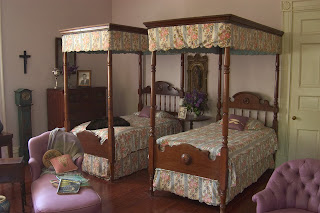 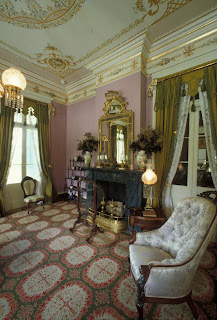 The entry hall shown below, extends the entire length of the house. 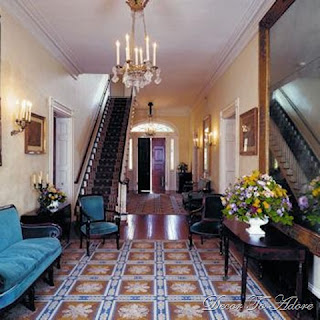 I will use some of the inspiration here for my Victorian House.