The Church of Jesus Christ of Latter Day Saints opened a new display in the visitor center on the Washington DC Temple grounds earlier this year. 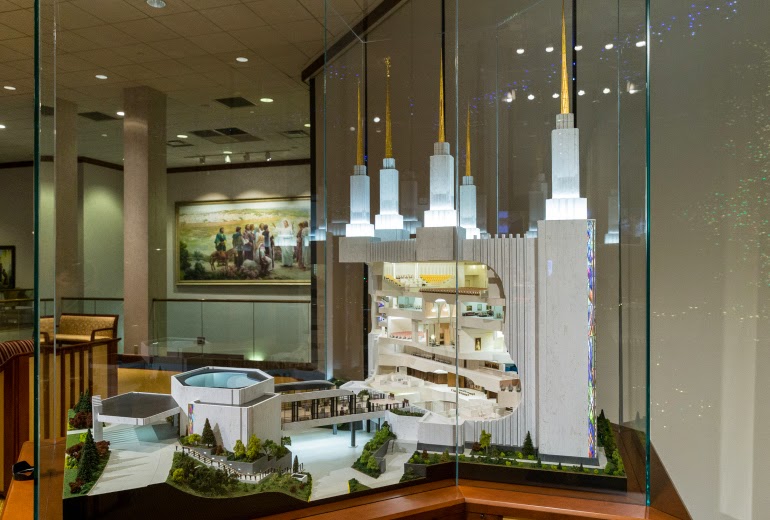 The display consists of a cut-away model of the building giving a glimpse of both the building's interior and exterior. 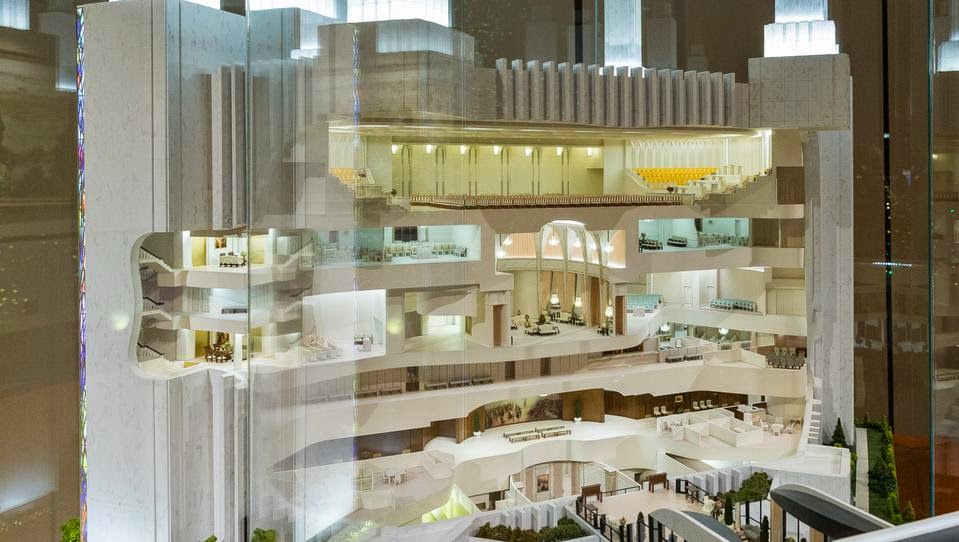 The exhibit was built using three-dimensional scans of the temple’s interior and exterior to create the 1:48 scaled replica and is similar to a display of the Salt Lake City Temple which can be seen by clicking HERE 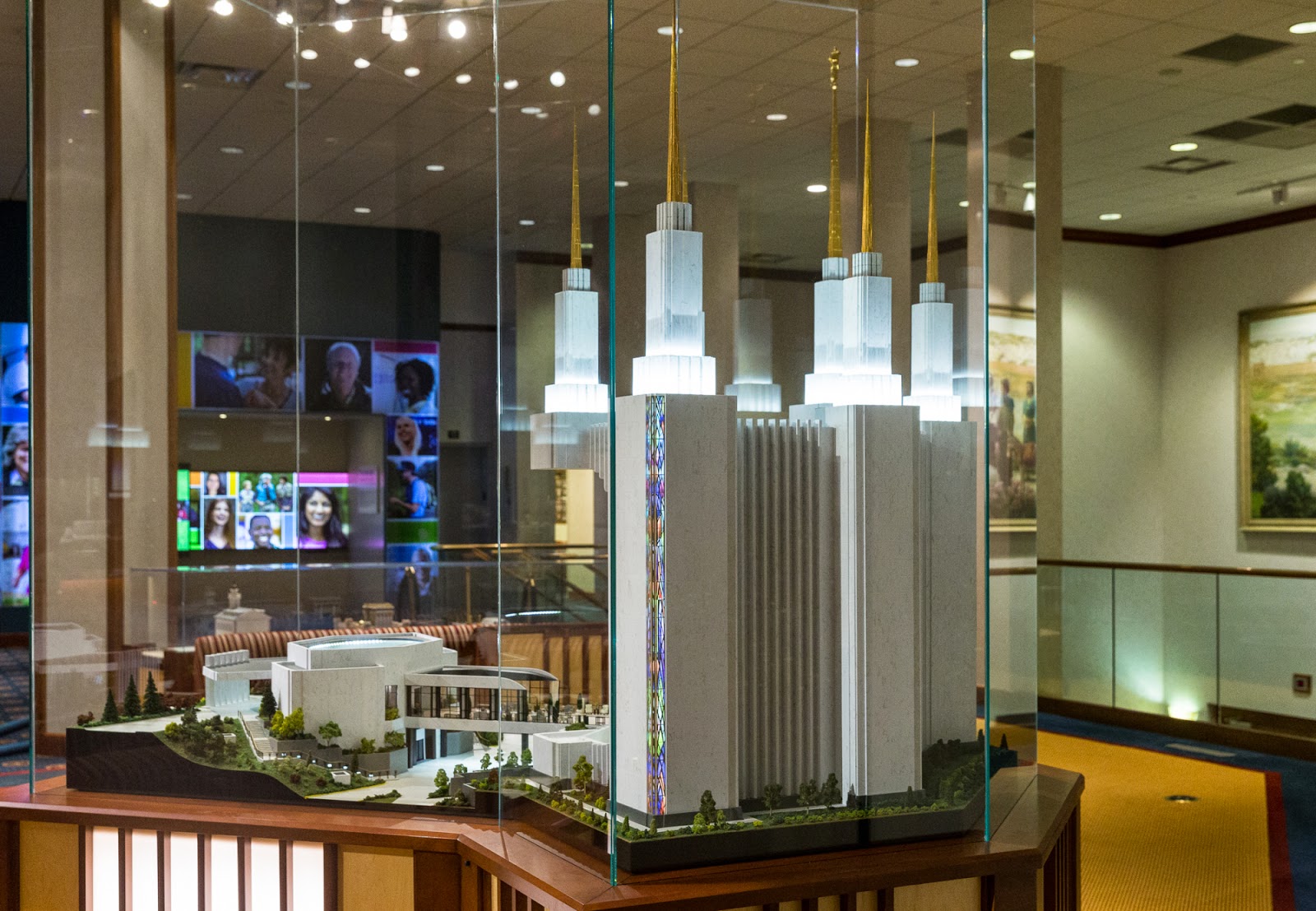 The model including the display case, is about 9 feet 5 inches high by 6 feet 7 inches wide by 5 feet 8 inches deep. The model, placed in front of a window facing the temple, features all levels of the temple. Ordinance and sealing rooms and the baptistry are depicted. The model also includes detailed furniture, light fixtures, stained glass windows, artwork, moldings and doors. 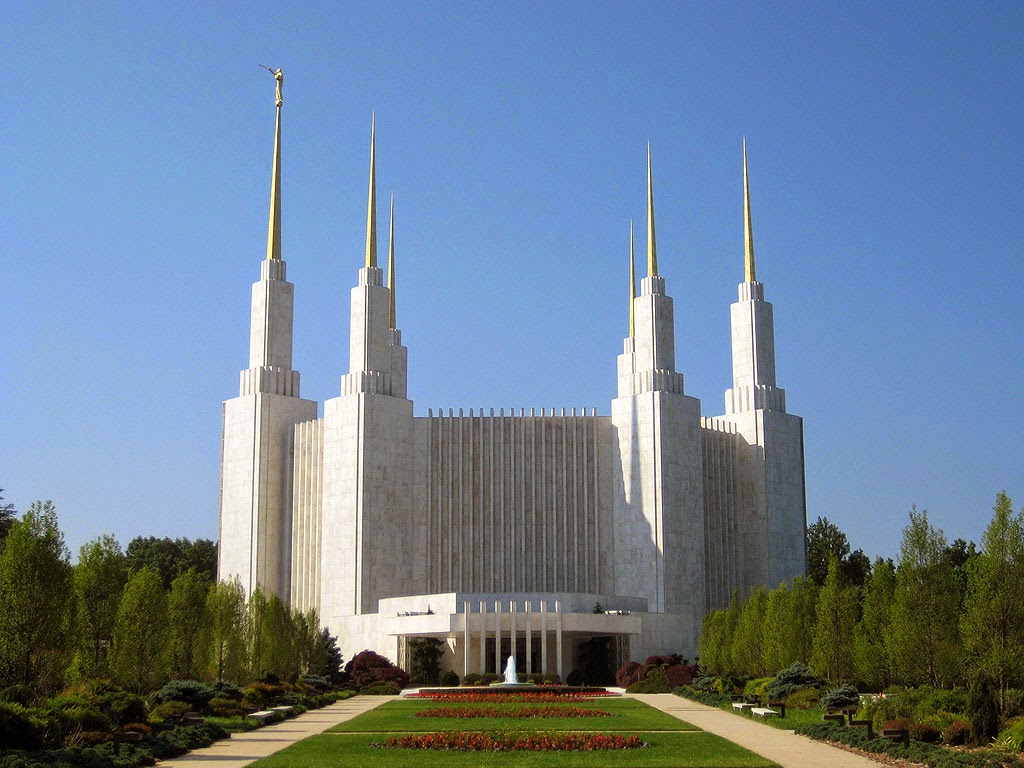 The Temple rests on a 52 acre wooded hillside and the landscape is beautifully manicured. It opened in November of 1974 and is located about 10 miles North of the Nation's Capital.The Washington D.C. Temple is one of 144 operating temples throughout the world.
Posted by Troy at 10:01 PM 4 comments: Links to this post