I had the pleasure of spending a few days in New York City this last week.
My wife is a high school choir director and her choir was invited back for another performance at Carnegie Hall.  I literally took 100's of pictures and have posted a few here from the trip. 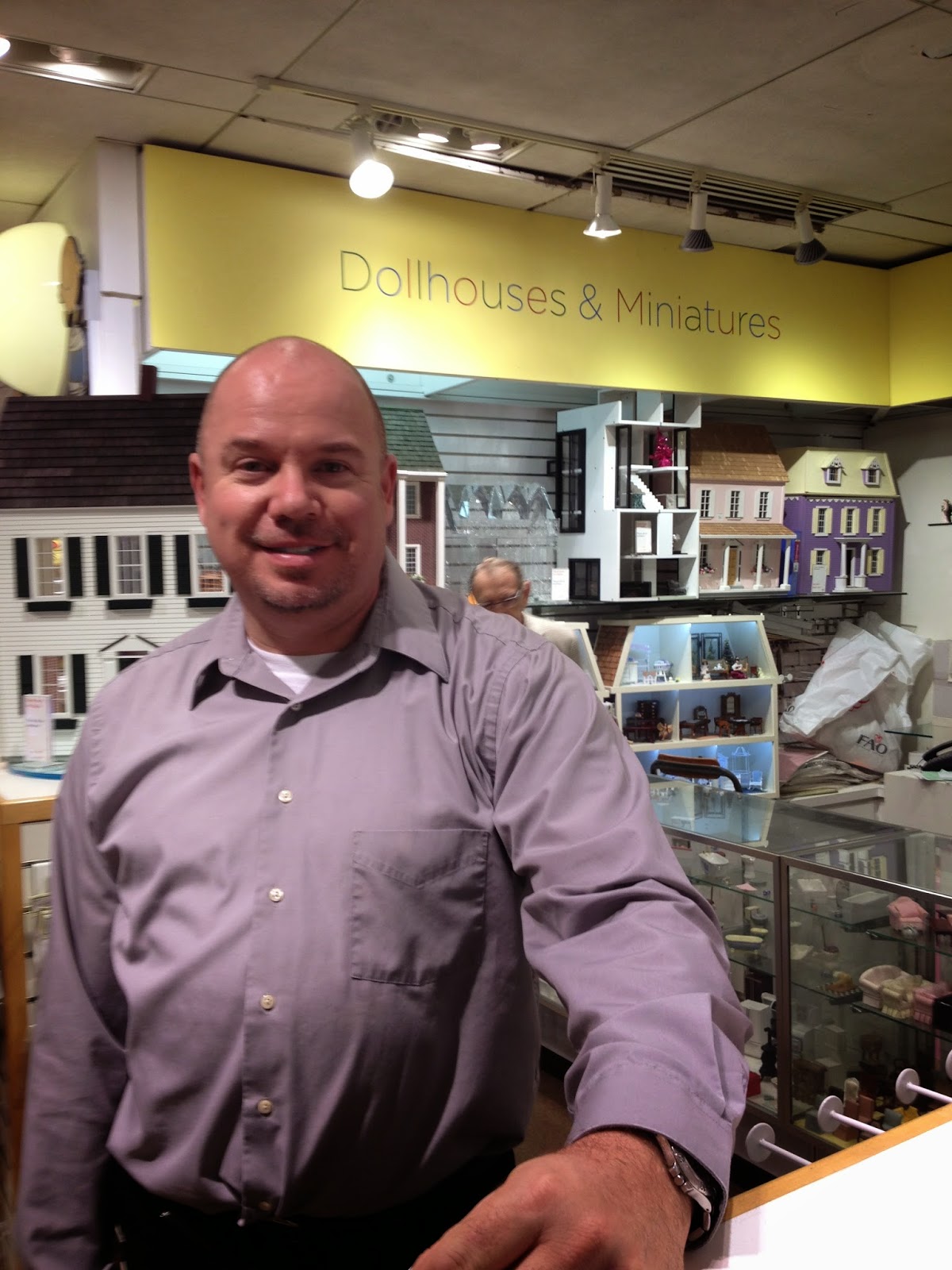 I have read about miniatures and dollhouses from FAO Schwarz and even have a few in my collection.  FAO Schwarz is the oldest toy store in the U.S. founded in 1862. It is near Carnegie Hall, so I stopped by to see what it was like. 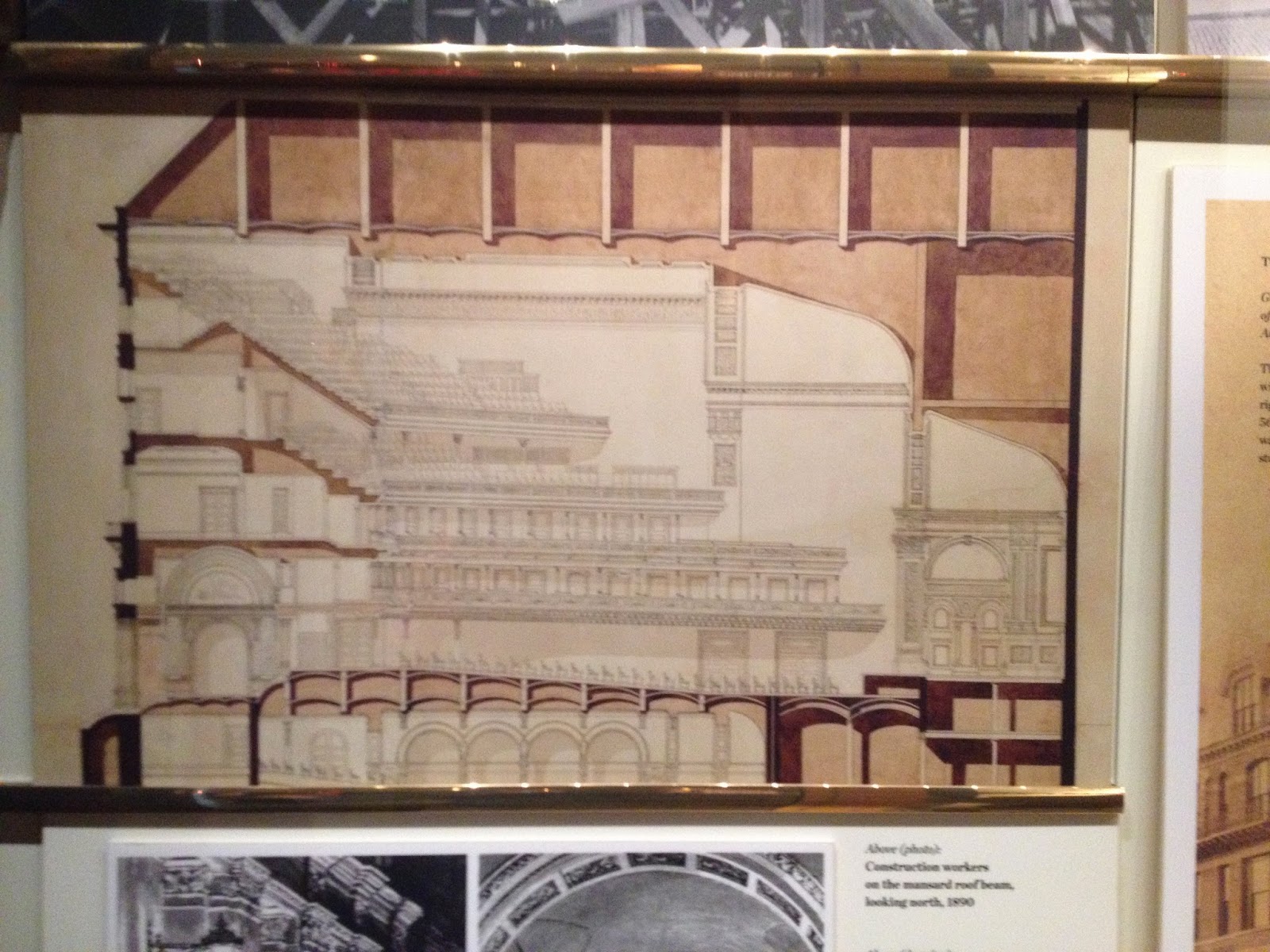 There is a great old drawing in the Carnegie Hall Museum of a cross section through the building.  I am a sucker for great architectural drawings. 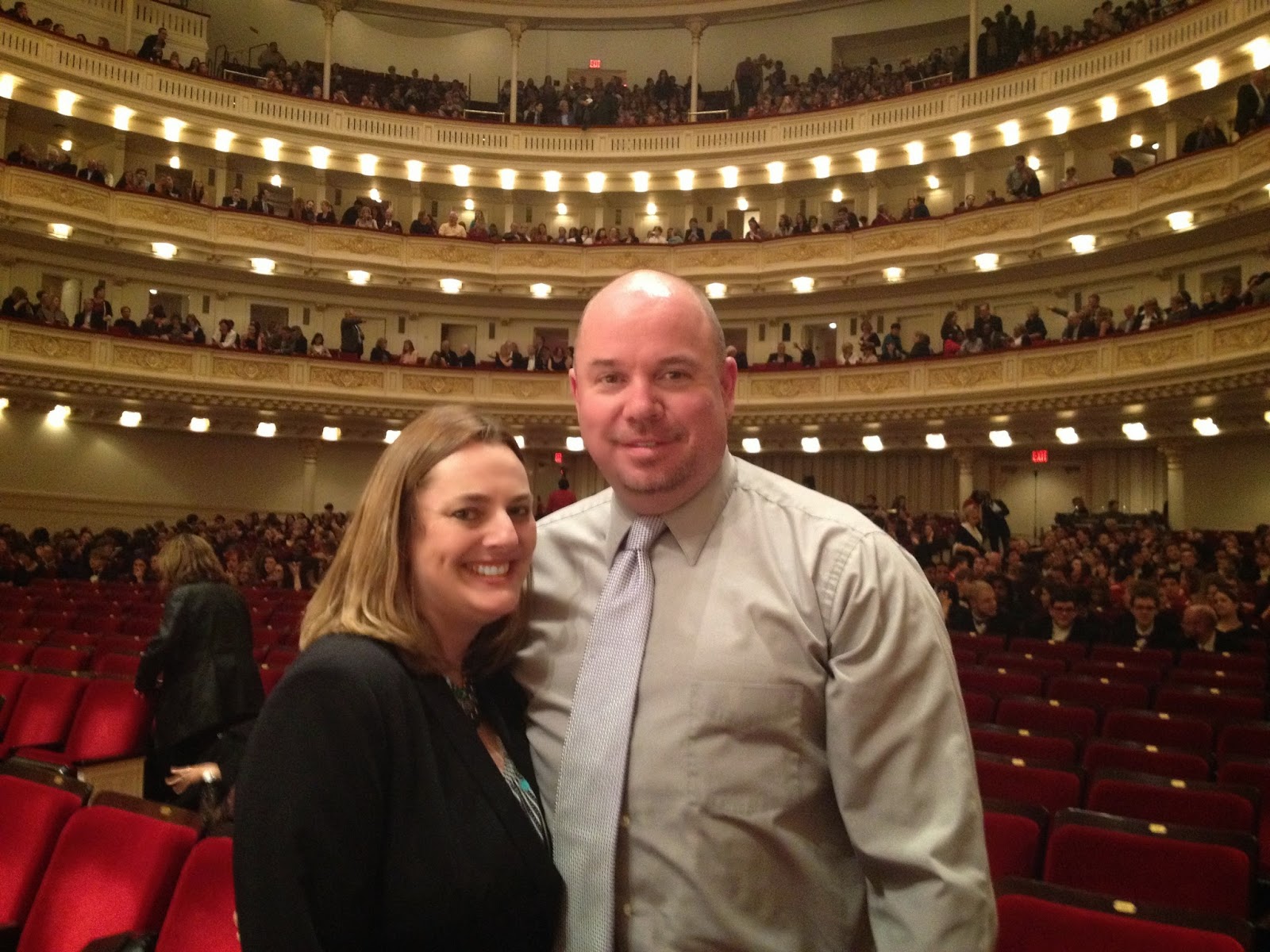 Here is a picture of my best friend and wife after rehearsal inside the iconic Isacc Sterm Auditorium where they performed. 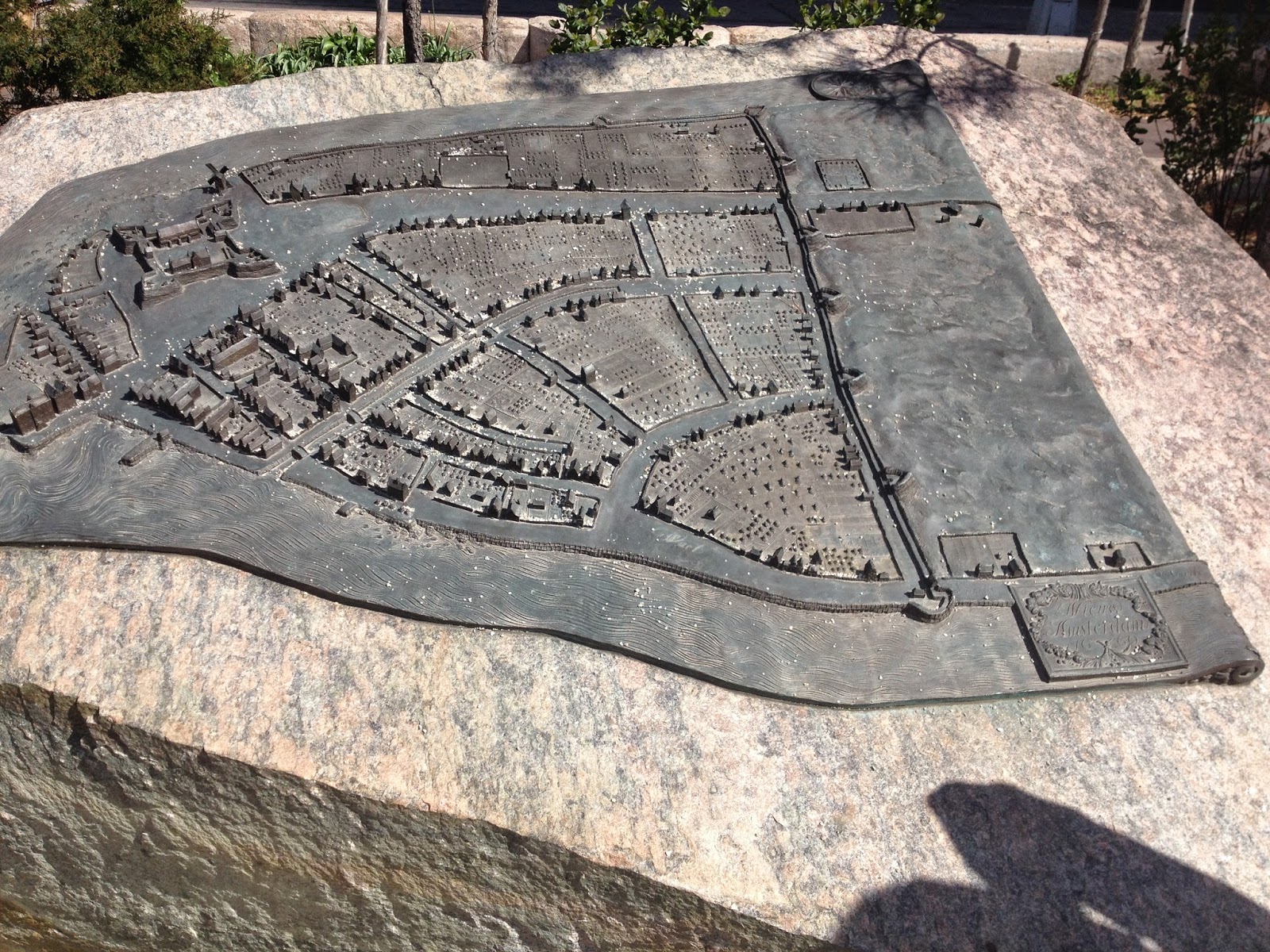 Our tour group did a walking tour of lower Manhattan.  We started here at this bronze model which shows the colony back when it was a Dutch settlement called New Amsterdam 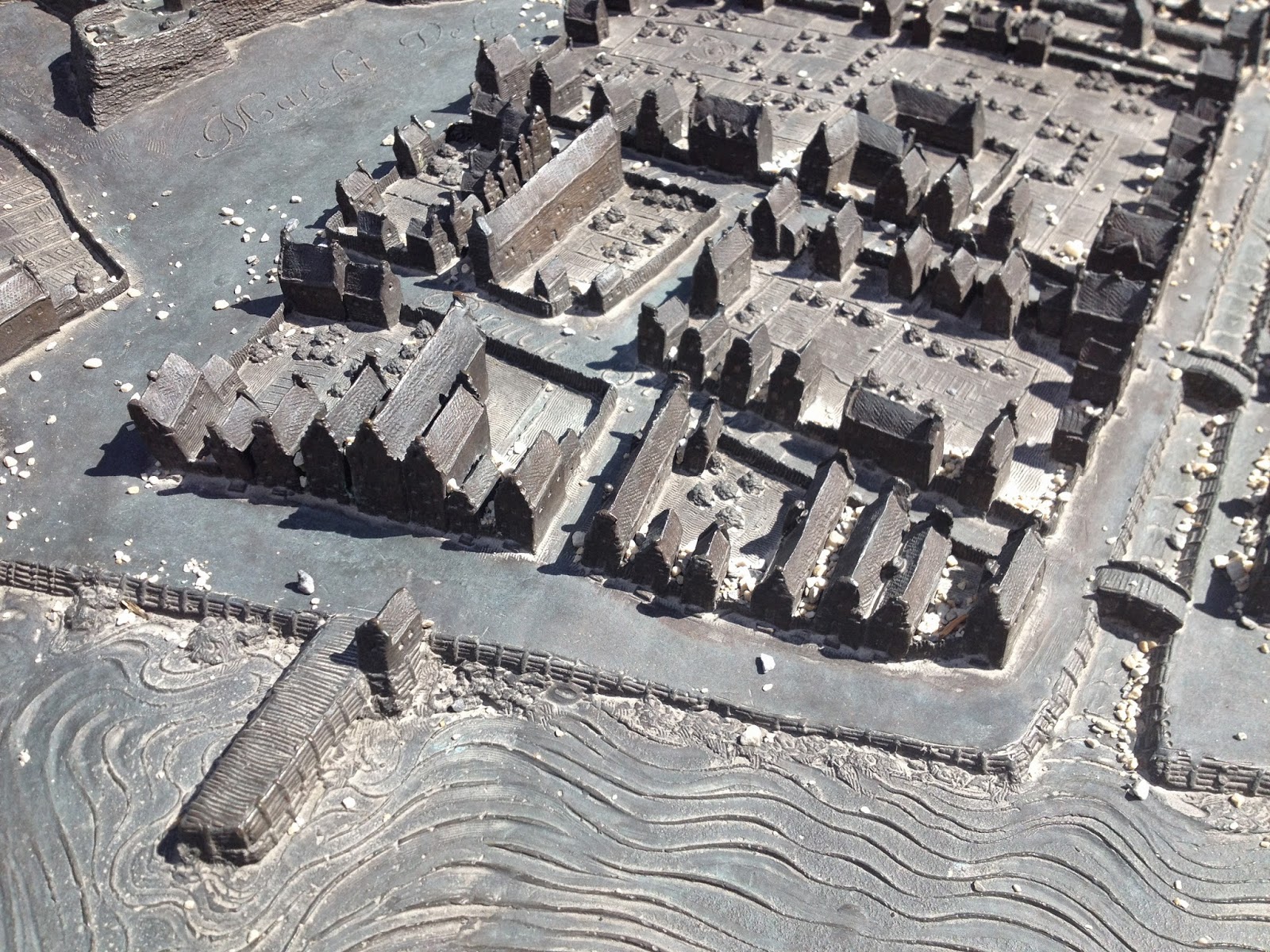 Here is a close up to see some of the detail. 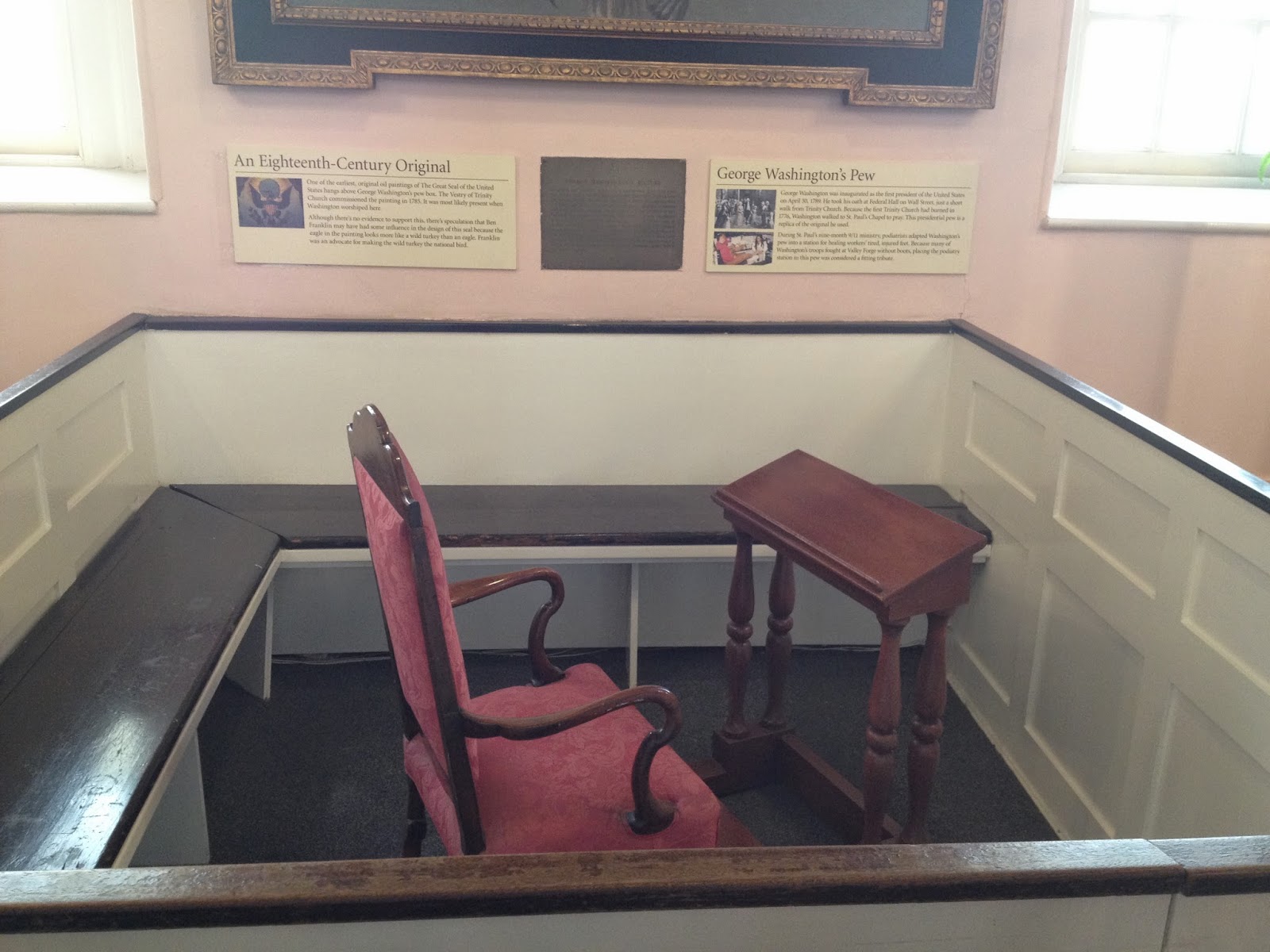 Our walking tour also included St Paul's chapel at Trinity Church founded in 1697.  This is the pew used by George Washington who worshipped there. 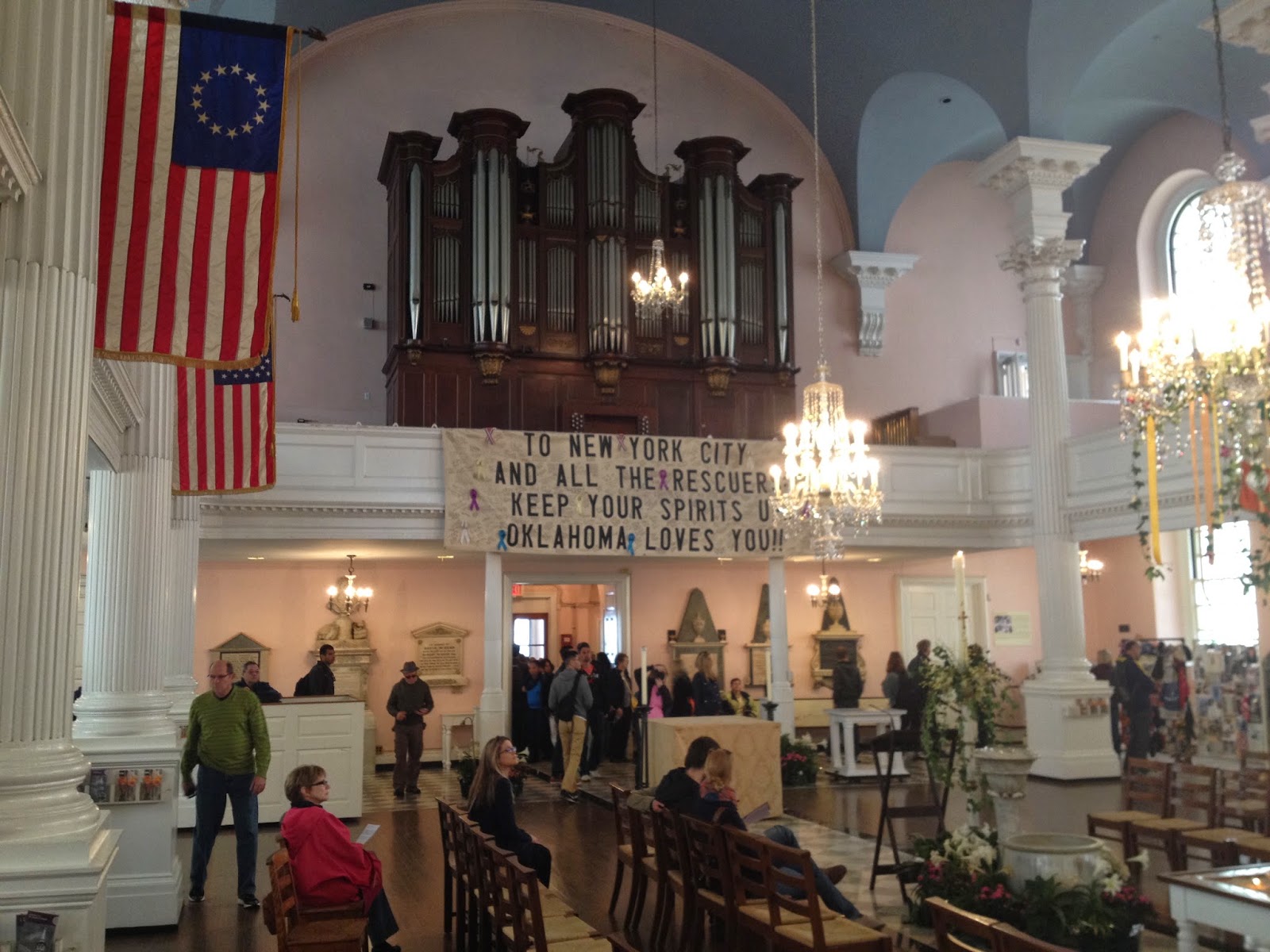 There is also a banner inside from the people of our home state of Oklahoma.  A gift of hope after the 9/11 tragedy. 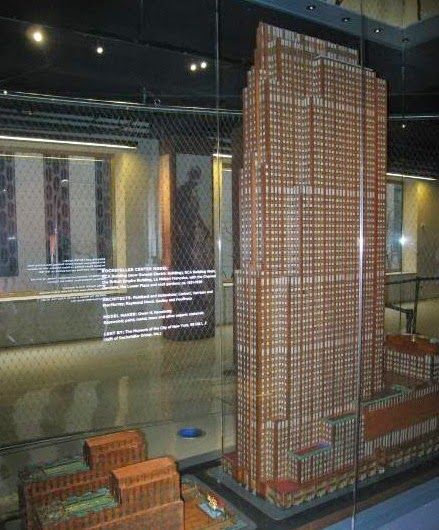 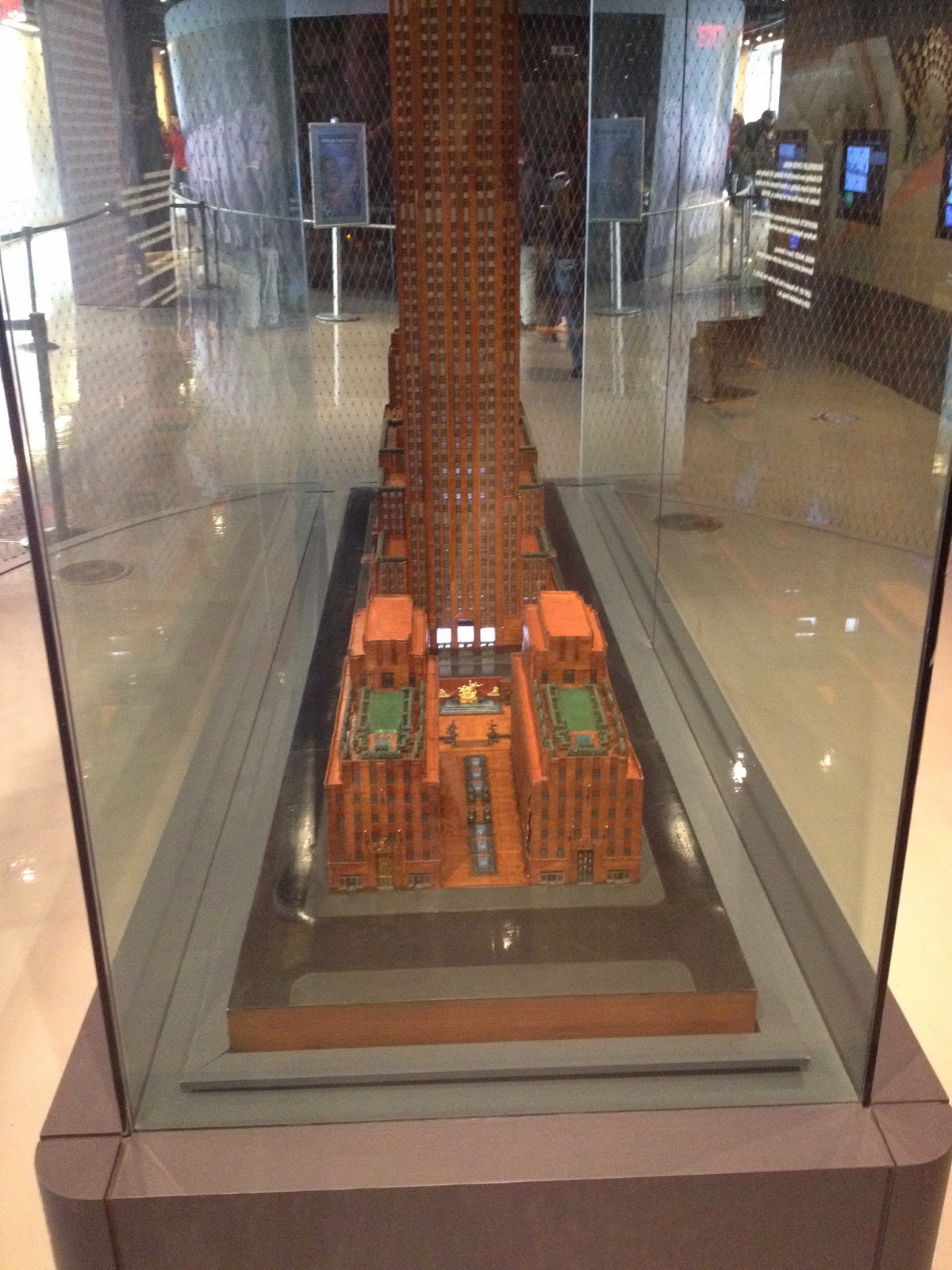 We also went to the observation deck on top of Rockefeller Center.  On the way up, we stopped by this great architectural model which stood nearly 8 feet tall. 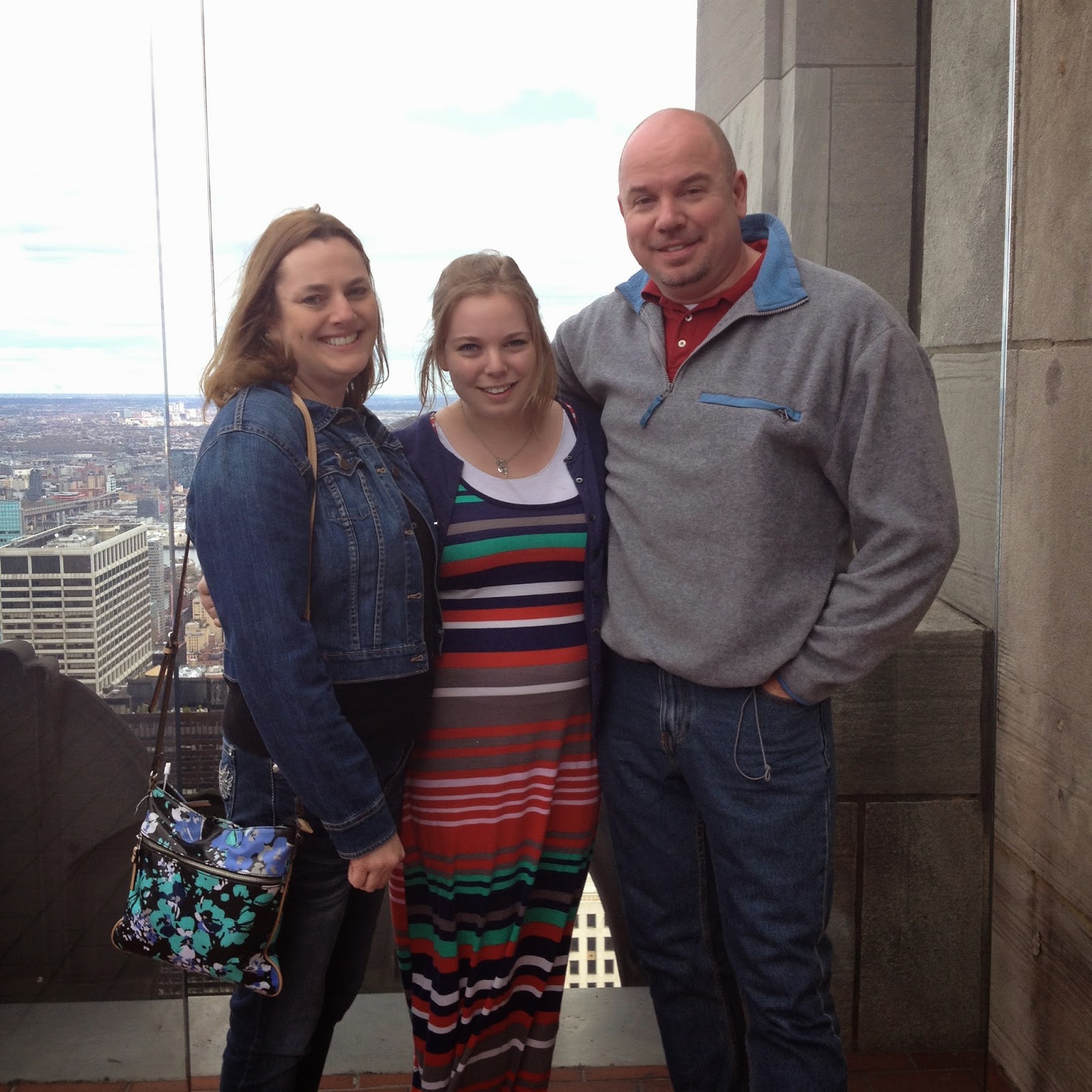 This trip was also special because my daughter Carolyn and co-blogger was part of the choir this year!

I have picked up a few things recently at estate sales.  These pictures and picture frames were actually at different sale.  The metal frames with the decorative bows are actually metal pins that could be worn.   The middle frame has a stand and is metal also. The "portraits" are plastic and have a convex plastic dome over each of the images.  I will have to figure out who the images are.  If anyone has any ideas, please let me know.  Perhaps they are some type of ornaments? 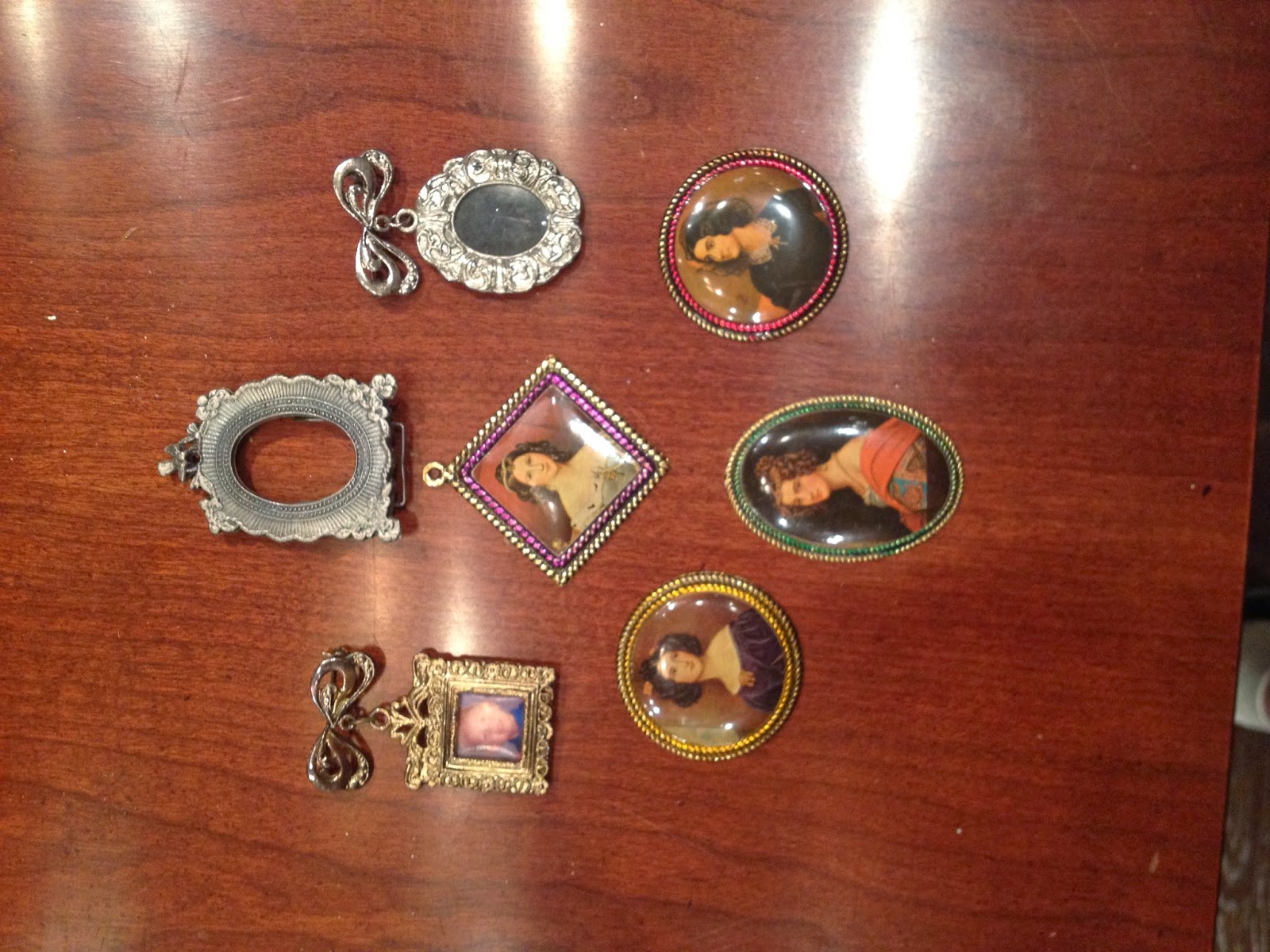 I also came across this unusual rectangular tray with plates and mugs.  Most of the paint is missing, but each used to have a red border.  I have not yet decided it if will take it the rest of the way off, or restore it.  The tray measures about 1 inch by 3 inches.  It is porcelain and not marked. 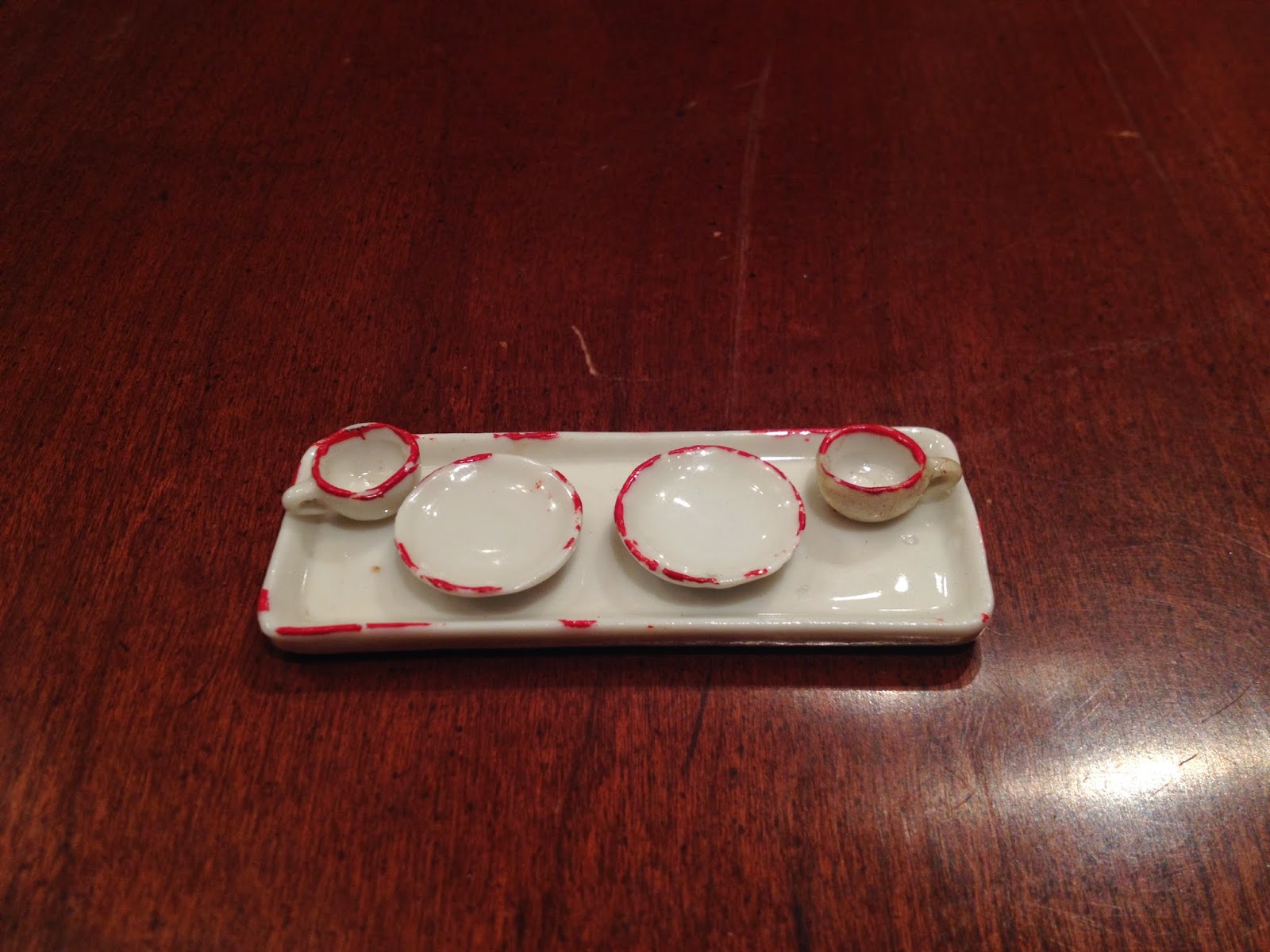